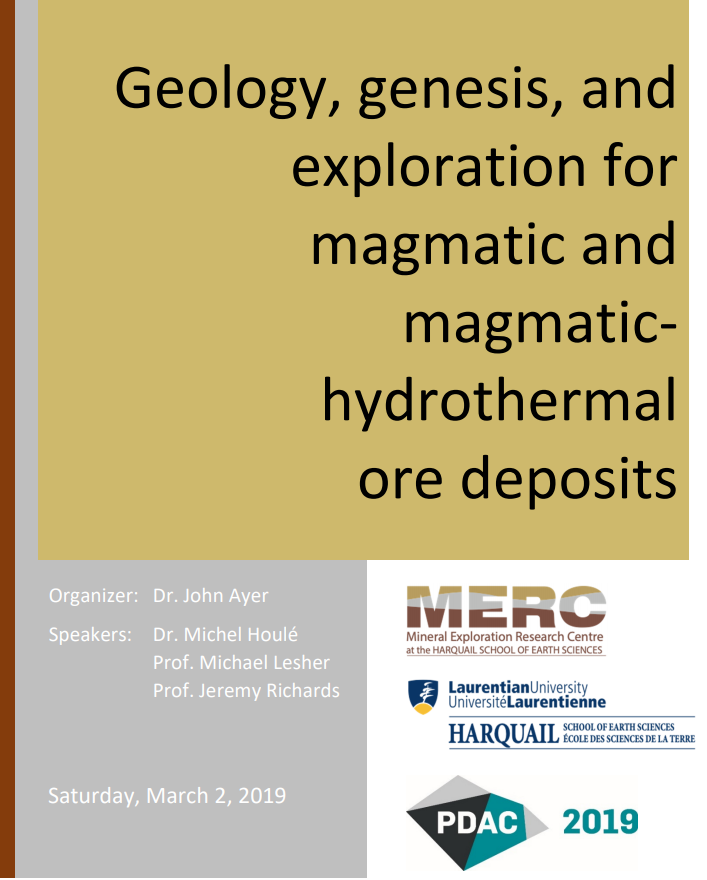 The mining industry continually needs new ideas and models to focus scarce exploration funds to the most prospective areas containing the next generation of ore deposits. The purpose of this 1-day short course is to provide a state-of-the-art update on the geology, genesis, and exploration for magmatic and magmatichydrothermal ore deposits, including ultramafic-mafic associated Ni-Cu-(PGE), PGE-(Cu)-(Ni), Cr, and Fe-TiV systems, and intermediate-felsic associated porphyry Cu-Mo-Au. Each topic will include theory (magma fertility, magma emplacement, metal transport, deposition) and world-class case studies. Emphasis will be placed on updated/expanded interpretations of relatively new deposit types (e.g., conduit-hosted Ni-Cu-PGE and Cr systems, post-subduction porphyry Cu-Au) and variations to models that may open new exploration opportunities.

Michel Houlé is metallogenist for the geological Survey of Canada working on collaborative research on NiCu-PGE, Cr-PGE, and Fe-Ti-V deposits associated with mafic and ultramafic rocks across Canada. Michel is leading major research activities in the “Ring of Fire” emerging mining camp of northern Ontario (i.e., McFaulds Lake greenstone belt) and in the Cape Smith belt established mining camp of northern Québec under the NiCu-Cr-PGE project of the Targeted Geoscience Initiative of Natural Resources Canada. He received a B.Sc. and a M.Sc. in geology from Laval University in 1997 and 2000 respectively, and a Ph.D. from University of Ottawa and Laurentian University in 2008. He was Senior Geoscientist with the Ontario Geological Survey conducted regional bedrock mapping and mineral assessments for Ni-Cu-(PGE) sulfide mineralization related to komatiitic rocks in the Abitibi greenstone belt from 2003 to 2009. He joined the Geological Survey of Canada in July 2009 and was awarded the Geological Association of Canada Mineral Deposits Division William Harvey Gross Medal in 2013 and was on the Board of Directors for the Mineral Deposit Division of the Geological Association of Canada from 2013 to 2017.

C. Michael Lesher is Professor of Economic Geology and Research Chair in Mineral Exploration in the Mineral Exploration Research Centre, Harquail School of Earth Sciences, and Goodman School of Mines at Laurentian University. He has worked on iron deposits in Labrador-Québec, gold deposits in Western Australia and the southern Appalachians, and nickel-copper-platinum group element deposits in Brazil, China, Manitoba, Nunavik, Ontario, Russia, and Western Australia. He is presently Principal Investigator and Director of the $13M NSERC-CMIC Mineral Exploration Footprints project, and is a Co-Investigator on the $100M CFREFNOHFC Metal Earth project. 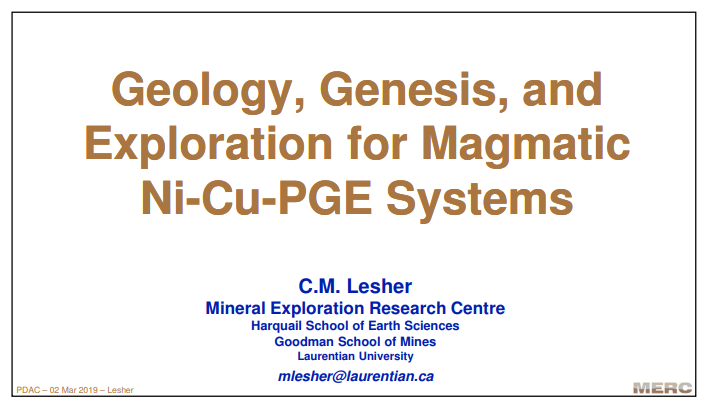 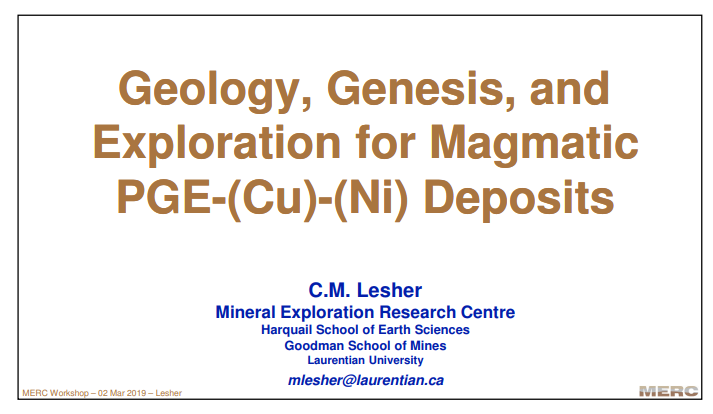 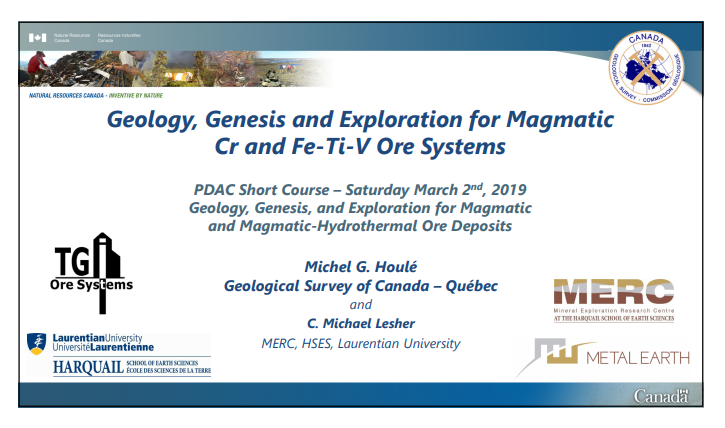 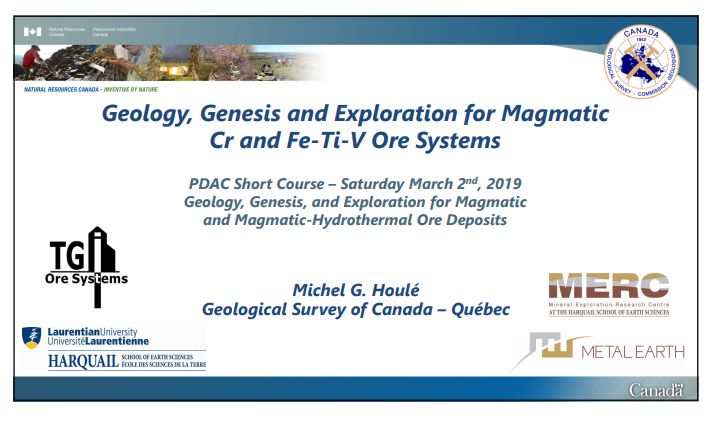 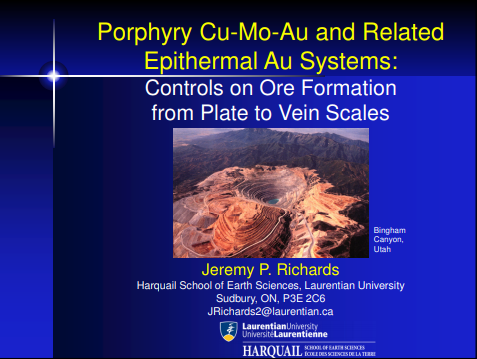 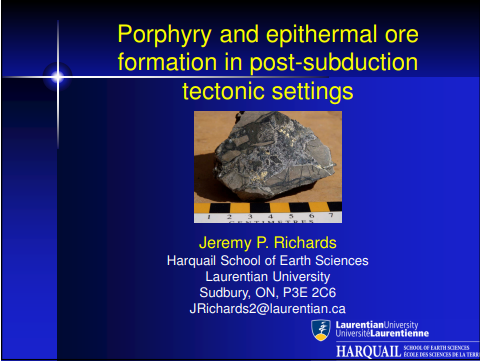