Field Updates with Metal Earth Researchers on the Stormy/Dryden transect

This summer Rebecca will be visiting regions that will be part of her 3D geological model and prospectivity maps. She will be travelling to various sites around Kirkland Lake and Dryden, Ontario to gain context for her computer-based methods and make new observations in data sparse areas. Her work will also integrate geophysical interpretations and field-based geological methods to compile a new map of the Dryden area.

Following field work, Rebecca will travel to Perth, Australia to collaborate with researchers from the University of Western Australia and the Center for Exploration Targeting. There she will continue integrating various geoscientific datasets and test new methods of feature extraction for prospectivity analysis. 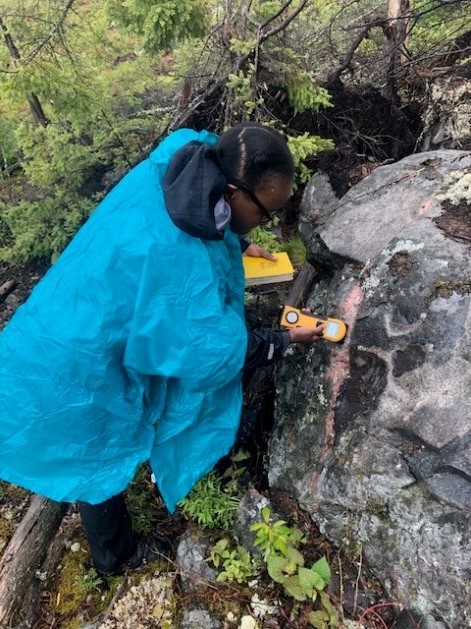 This summer Amokelani will be mapping different felsic-intermediate intrusions of the western Wabigoon subprovince, collecting magnetic susceptibility measurements using KT-10 to compare with airborne magnetic data and taking samples for later use of geochemistry and petrography to characterize the collected magnetic data.

Kendra is working on constraining the kinematic and spatial relationships between three crustal-scale deformation zones in the western Wabigoon Subprovince. This will help to better understand the factors that differentiate  orogenic gold occurrences from deposits in the region.
This summer will involve lots of field mapping and sampling of deformed volcanic and sedimentary rocks. When she returns to Sudbury, she will be using the data collected from the summer to refine existing geological maps of the area, and we will be using the samples to conduct U-Pb titanite and xenotime geochronology to establish timing of deformation and gold deposition in the field area.
Image below: An example of a deformed volcanic rock. The orientation of the phenocrysts (white crystals) define different deformation events that the rock has experienced. 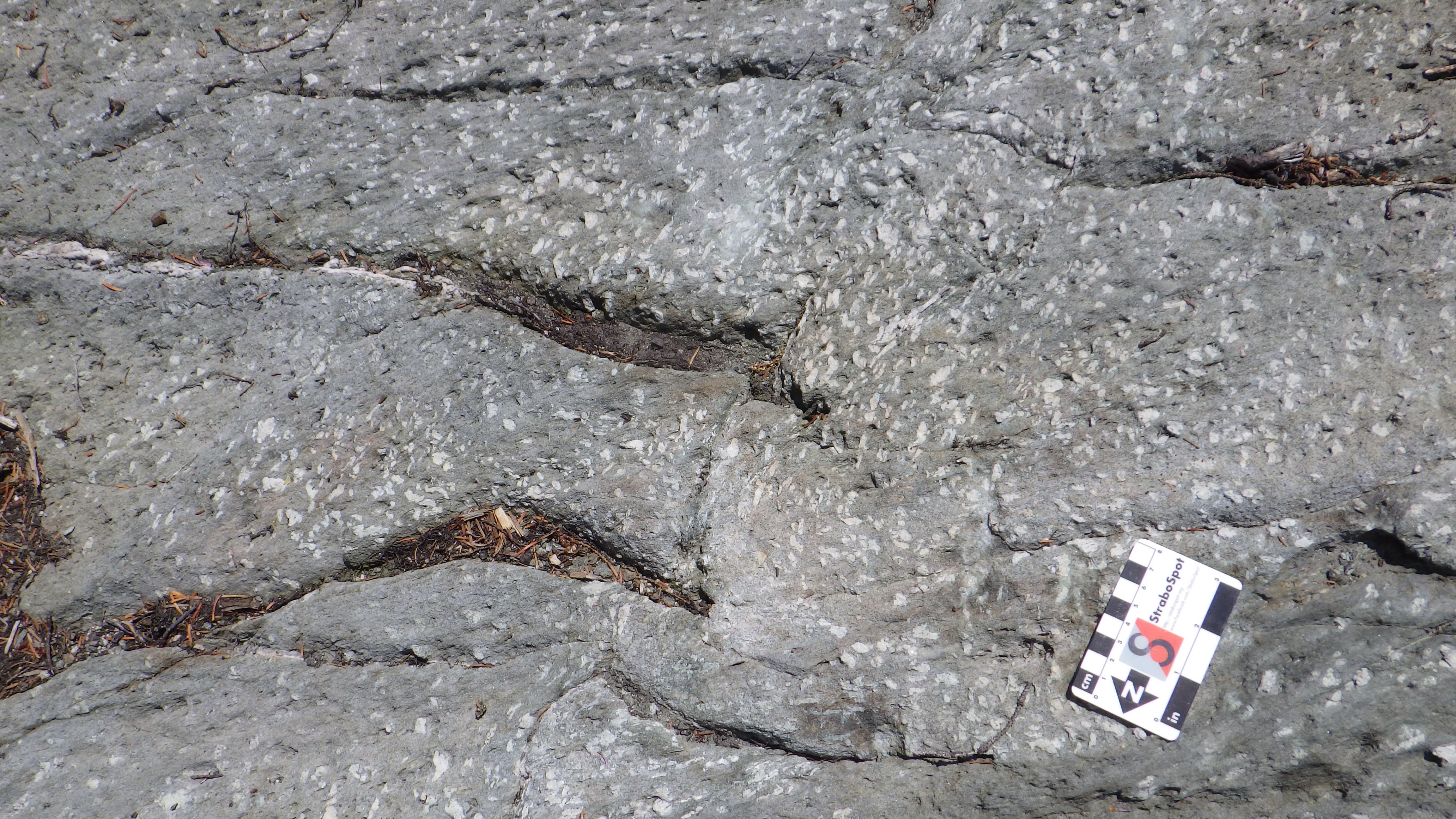 Davids objectives of this summer are mainly focussed around the Lost Lake area southeast of Dryden, just off the main transect road. There was some recent logging there and so there is now unprecedented exposure of an area that has never been mapped before. The main thing David has been working on this summer and will continue to tackle is a detailed map of this study area. They have used a drone to produce an aerial survey flown at 100 ft as well as some overview shots of the entire area. These high-resolution photos (over 20 Gb of images were stitched and orthorectified) are enabling David to map with high precision. All of the old aerial photos of the area are from before the logging and so were useless for mapping purposes. This map will be used to examine the large, synvolcanic Lost Lake intrusion and its alteration, deformation, and contribution to mineralization in the area.

Another objective of the summer is to collect samples of intrusions for a regional comparison in the western Wabigoon subprovince, both between each individual intrusion and in comparison to the Lost Lake intrusion. While the sampling will be completed over the course of the summer, the main work will be done once David is back in Sudbury and the samples can be processed for whole-rock geochemical analysis and thin-sections.

Image below: Drone photo taken looking west over the Lost Lake area. Detailed mapping of this area will be completed over the summer to investigate the alteration, deformation, and mineralization associated with the Lost Lake intrusion and the Boyer Lake group volcanic host-rocks. 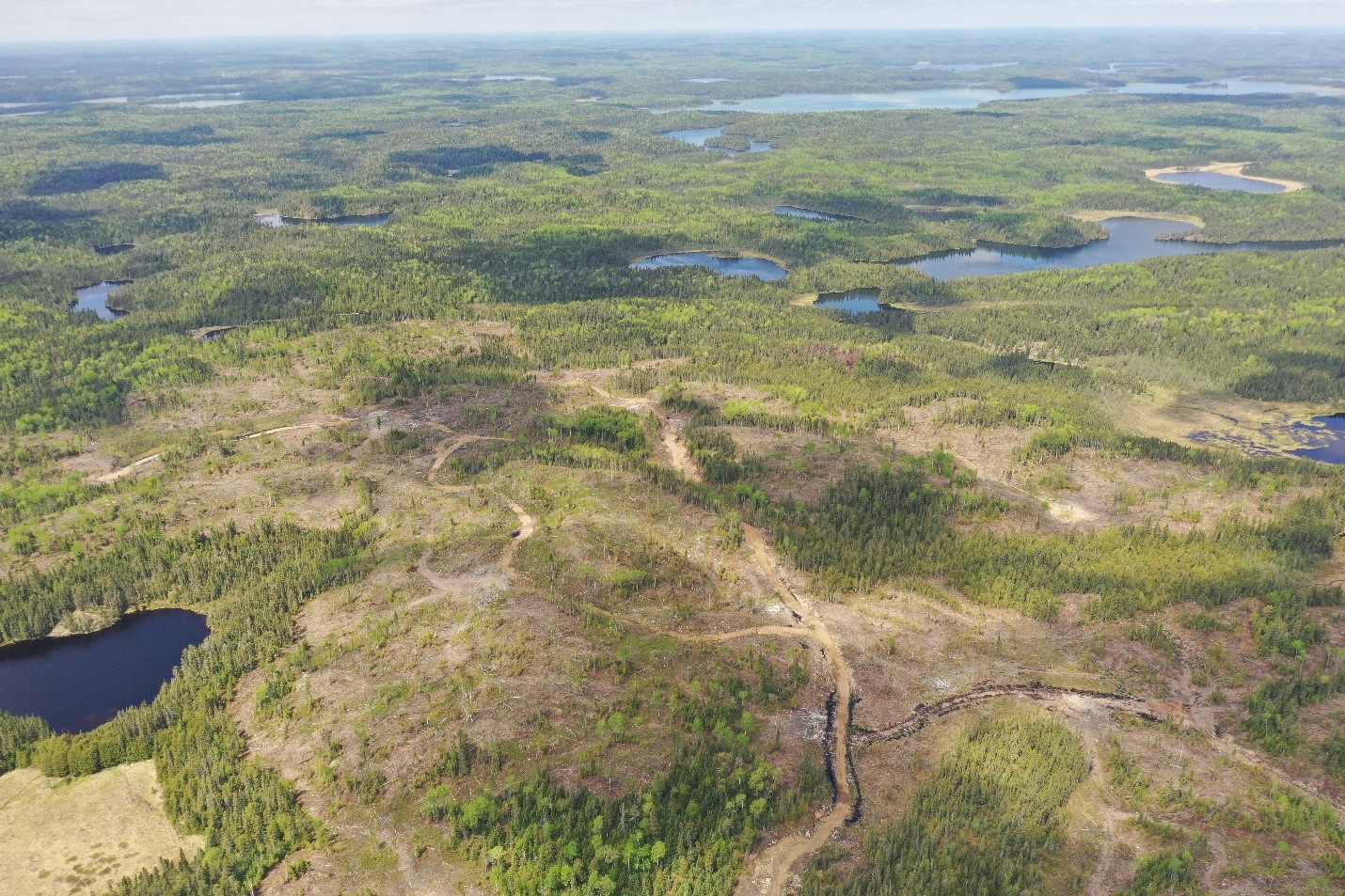 Image below: Alex Glatz and his wife with Ben Frieman (right) and David Downie (left). They were originally told about the Lost Lake area via Craig Ravnaas, the district geologist for the Kenora area, and his workings with a local prospector in the area. Alex, who has been working in the Dryden area for over 50 years, has claims in the Lost Lake area and has been getting encouraging assay results back. They had set up a meeting with Alex again this summer to fill him in on the work they've been doing and he has been sharing his knowledge on the Lost Lake area as well as other prospects around Dryden. Prospectors like Alex play a vital role in the grassroots exploration around this area and his in-depth knowledge of new and old occurrences alike are invaluable. 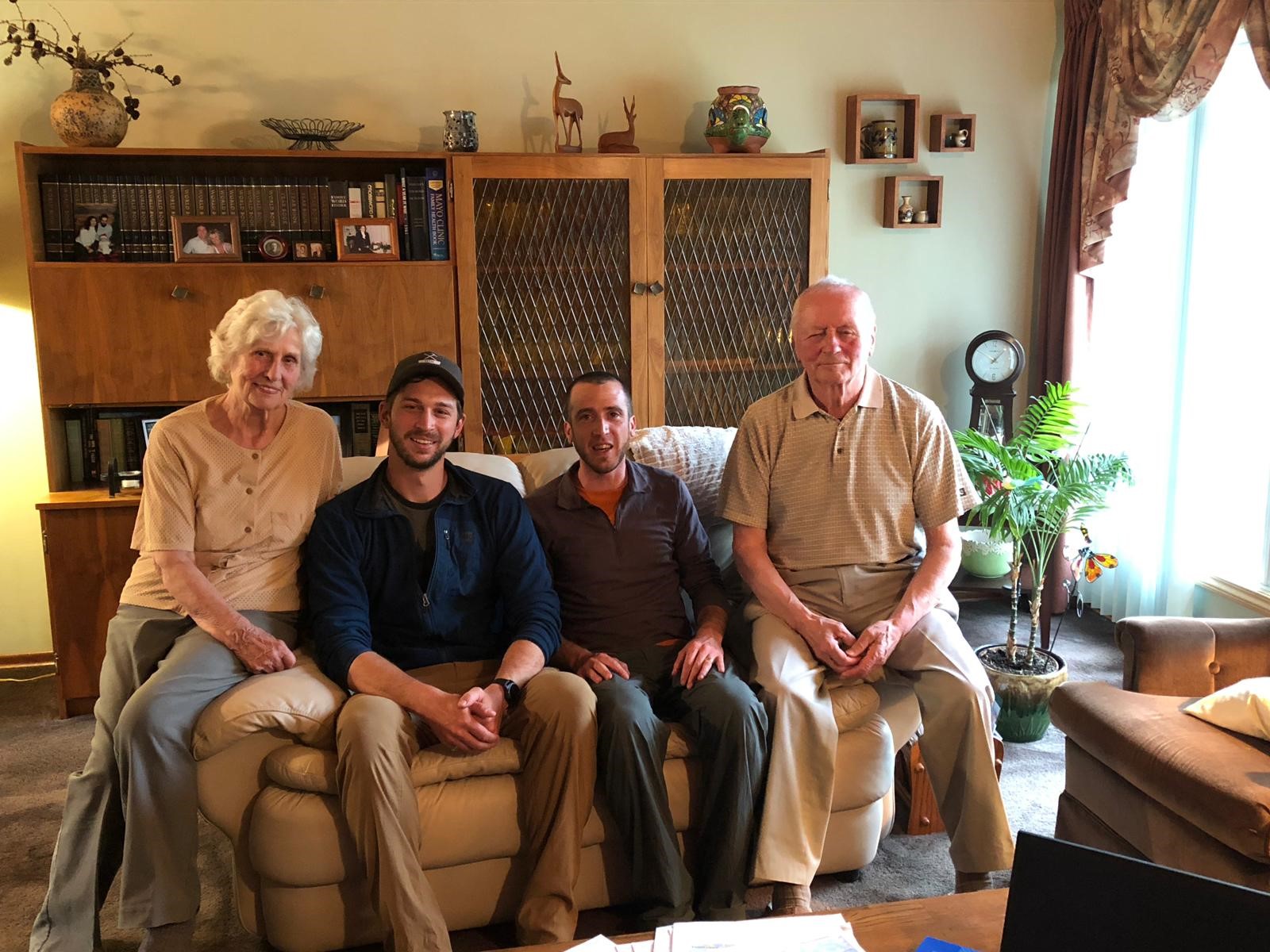