Congratulations go out to Robert Meek for his successful MSc thesis defence!

Robert has completed his MSc Geology on the sedimentology and stratigraphy of the Husky Creek Formation, Nunavut, Canada. The key objective of this research was to characterize the depositional, tectonic, and basin setting of the Husky Creek Formation, which has been achieved through sedimentological, stratigraphic, and structural analysis. Petrography, and detrital zircon geochronology has been utilised to establish the tectonic setting, sedimentary provenance and to refine the age of the sedimentary basin. Detailed work on the Husky Creek Formation has provided additional information on the understudied field of Precambrian fluvial and eolian sedimentology. Robert’s defence committee were Dr. Alessandro Ielpi (HSES) and Dr. Rob Rainbird (GSC) and funding was provided by:

Originally from Kincardine, Ontario, Robert was known at the Harquail School for his unremitting interest in radioactive minerals. Fittingly, he completed his undergraduate honours thesis at Laurentian University on the radioactive mineral uraninite. Under supervision of Dr. Michael Schindler, complex mineralogical features at the uraninite-pyrite and uraninite-galena interfaces were analyzed from hand sample to the nanometer scale to reveal the underlying mechanisms for the reduction of uranyl-bearing solutions by sulfide minerals and the subsequent formation of uraninite at the Camie River uranium prospect in central Quebec.

In 2017, Robert was awarded the GAC-PDAC Logan Student Prize and received the best undergraduate poster award at the PDAC-SEG Students Mineral Colloquium “Understanding the formation mechanism of uraninite on sulfide minerals at the nanometer scale". He was also the recipient of the 2018-19 Ontario Graduate Scholarship. Robert further stood out in numerous leadership roles at Laurentian University, for example within the Earth Science Club, the Society of Economic Geologists LU Student Chapter, and as leader of various field trips in the area of Bancroft, Ontario. 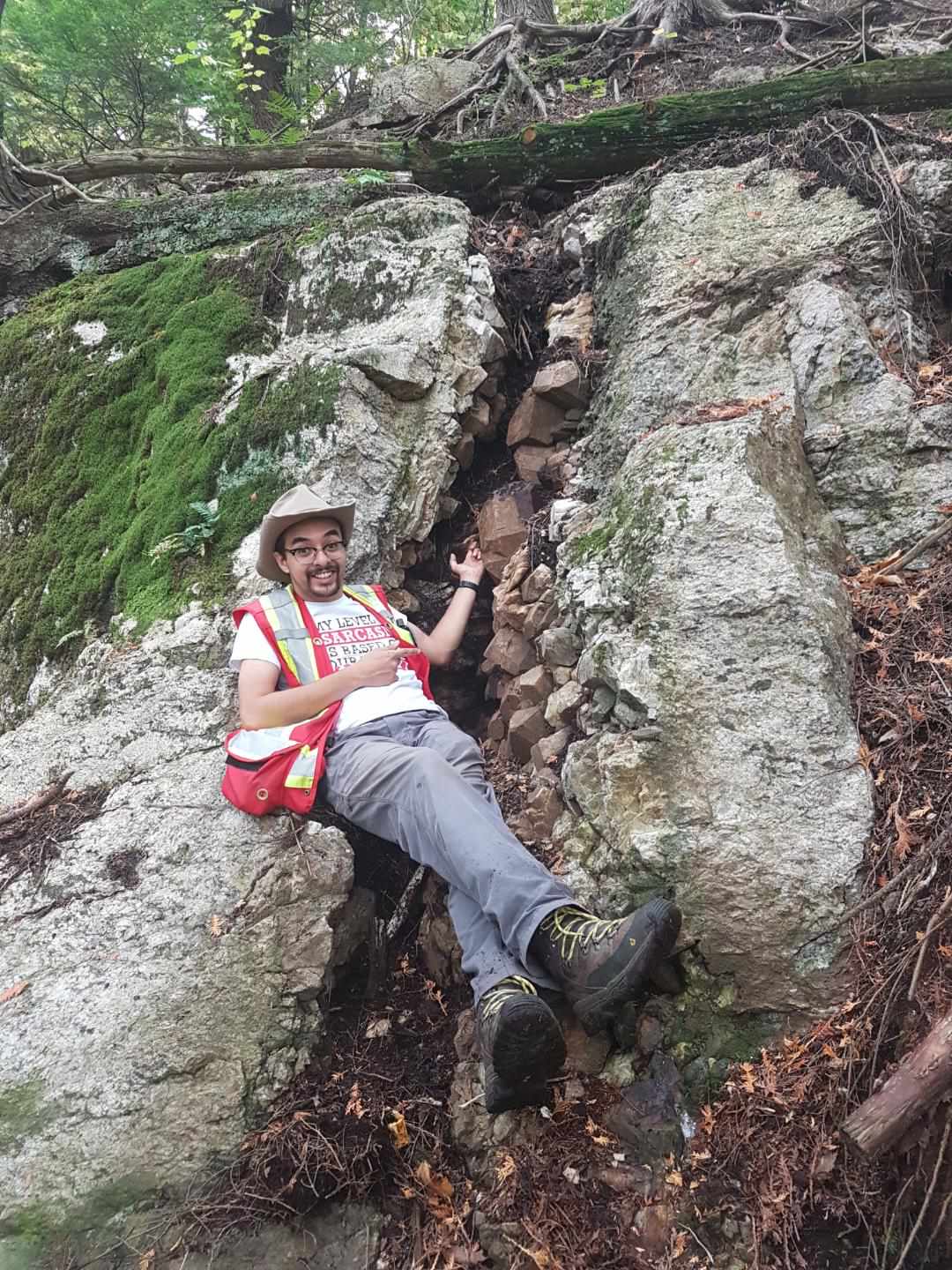