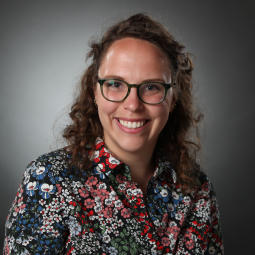 Comparative structural analysis of gold-mineralized and barren deformation zones in the western Wabigoon Subprovince, ON


Kendra completed her BSc. (Hons.) in Earth Sciences from Memorial University in 2018, where she researched modern cold-water carbonate bioclast preservation potential and production in Canada's Arctic. Upon conducting Precambrian bedrock mapping with the Ontario Geological Survey in the Shebandowan and Fort-Hope Miminiska greenstone belts, Kendra became interested in studying Archean geology and greenstone belt architecture, and in 2018 joined Metal Earth as an MSc. student. She is passionate about geological education and outreach and has worked with organizations such as Mining Matters and Let's Talk Science. Kendra is interested in Archean geodynamic processes and their role in early life evolution.

Kendra's current research with Metal Earth's Stormy-Dryden transect started in Fall 2018 and seeks to constrain and compare the kinematic and evolutionary histories of gold-mineralized and barren crustal-scale deformation zones in the western Wabigoon Subprovince. This project will combine results from field-based geological mapping with geochronological and microstructural analyses of deformed rocks to refine understanding of the geological evolutionary history of the western Wabigoon Subprovince, and will contribute to generating new gold exploration targets in the western Superior Province.