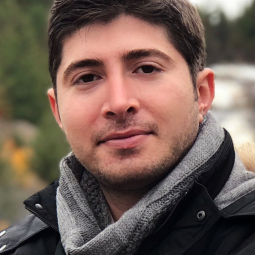 
Hossein Jodeiri received his B.Sc. degree in Mineral Exploration Engineering in 2015 and his M.Sc. degree in Petroleum Exploration Engineering in 2017 from the Sahand University of Technology, Tabriz, Iran. He also benefited from the valuable knowledge of professor Yilmaz in his master thesis. He passed several courses in reservoir geomechanics and geophysics at Amirkabir University of Technology as a Petroleum Exploration Engineering Ph.D. student. He joined Metal Earth project in September 2018 to pursue his Ph.D. Currently, he is a Ph.D. student with specialization in Exploration Geophysics. His primary research interest involves seismology, with an emphasis on seismic data processing and interpretation. Specifically, his research mainly focused on developing Multi-Focusing seismic imaging as part of Metal Earth initiative for imaging complex subsurface geological structures in Abitibi and Wabigoon geological sub-provinces. Also, he has been working on “Extraction of converted wave reflection from conventional seismic data”. Hossein's supervisor is Dr. Mostafa Naghizadeh and he received awards from the SEG and CSEG to support his research.